Hieroglyphic – adj, Written in, constituting, or belonging to a system of writing
mainly in pictorial characters.

Hello and welcome to the AviGlyph v.2 page. This DEMO application is introduced
here simply to explore the concept of Avigo-based handwriting recognition. The concept put
forth here is by no means a finalized product. It should be viewed, instead, as a ’second attempt‘.
(A successor to AviGlyph v.1)

The application used in this demo simply allows for experimentation with the ‚Glyph-Pad‘. It, for
example, does not provide for saving or loading text. In fact, the ONLY thing you can do with this
application is write text. As with v.1, please use it, beat it up, laugh at it, and compose
suggestions for improvement – if you feel it is a valid direction at all.

The demo application can be downloaded from here gmemo.zip

Please address all complaints, suggestions and/or ridicule to Ranman at:
ranman59@rocketmail.com.

The pad shown here provides an elongated ‚alpha‘ section on the left and a square ’num‘ section on the
right, with a ’shift‘ button in between. In future versions there will be options for reversing the
order or for combining the two sections into one.
Another advantage is that the elongated alpha section is more forgiving of hand ‚wandering‘, thus
enabling the user to spend more time watching the text area and less time watching the writing surface.

The ’shift box‘ – the connecting area between the two pads – serves a dual purpose. It’s first duty
is to indicate the current shift state. An empty box indicates ’no shift‘ or ‚lower case‘. When this
box contains an ‚S‘, this indicates a ‚Shift‘ to ‚Caps‘ for the subsequent letter. A ‚C‘ denotes
‚Caps Lock‘, while an ‚*‘ signifies ‚Special Character‘ shifting.

The second purpose for this area is to act as a ‚Shift Button‘. By tapping on this box, one may step
sequentially through the shift stages: none, Shift, Caps and Special.

The Glyph Engine employed in this demo takes note of several key elements of the pen stroke during the
formation of a glyph. Some of these elements being:

The starting location (above or below the horizontal rule; to the left, center or right of the
center of the letter),

The number of times the stroke crossed it’s own virtical or horizontal center line,

…to name a few. These elements, combined with the shift state and the pad used (alpha/num) are
all combined to sift out the desired character. 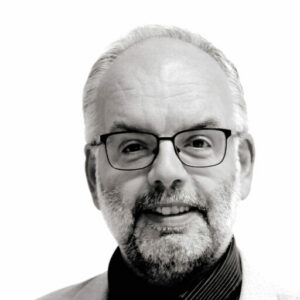